3 Ways Luxury Brands Brought Their Values to Life at Baselworld

Baselworld is celebrating its 100th year. The luxury watch & jewelry show is one of the only of its kind that unites the entire industry – from top luxury watch and jewelry brands to independent watchmakers and machine manufacturers. DLG’s Genna Meredith shares three ways luxury watch brands brought their values to life during this year’s world-famous event.

Baselworld, the world’s largest watch and jewelry trade show, is over for another year. The week-long show, held annually in March in the city of Basel, sees over 1,500 brands battle for attention as they reveal their latest luxury pieces.  The sheer opulence of the event is breathtaking, and the knowledge that these stands will be dismantled in a few days when the show finishes is almost hard to believe.

What do Corum, TAG Heuer, Maurice Lacroix and Caran d’Ache and Jaquet Droz have in common, beyond being all exhibiting at Baselworld? They all used art as a communication pillar during the event.  Brands such as Parmigiani, Audemars Piguet, Hublot, Rolex and Vacheron Constantin have been involved in the world of arts for sometime, and it is interesting to notice that Art, under its different forms, is now becoming a major communication pillar for many other watch brands.

Swiss Manufacturer TAG Heuer’s booth is hard to miss; as one of the first stands you see as you enter the main hall. It’s façade is covered in famous ambassador faces, and a long line of people waiting to play on one of their virtual reality simulators.

This year TAG Heuer focused on two big releases, TAG Connected Modular 45 and Autavia Heuer 02. One of the most interesting events at the booth was a live art event with the brands’ official ‘Art Provocateur’, Alec Monopoly. The live painting event saw the famed graffiti artist scaling the façade of the stand to ‘tag’ the TAG booth. Hundreds of spectators gathered to view the spectacle, plus at least 400 digital viewers watching the live stream via Instagram. 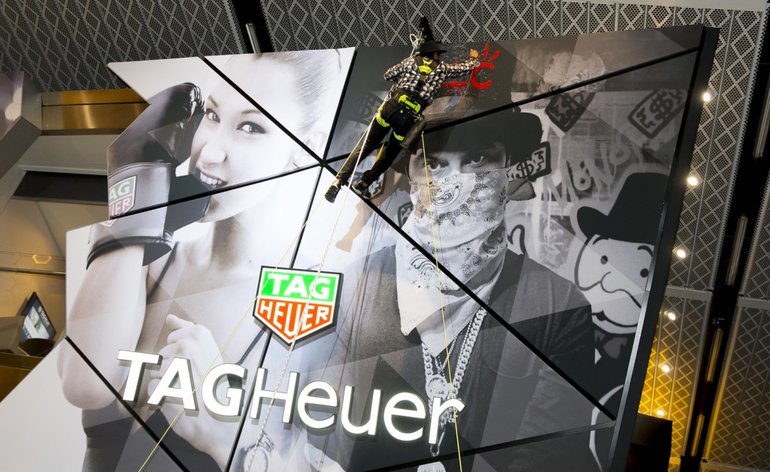 Luxury watchmaker Corum brought fun to Baselworld with their evocative ‘Bubble’ collection, where they collaborated with the likes of Canadian Photographer Matt Barnes, DJ and composer Matteo Ceccarini, and French rapper Booba. The Corum team invited Canadian artist and Bubble collaborator, Elisabetta Fantone to Baselworld, where she created a piece of art live from the booth to celebrate their partnership. The resulting piece of art, ‘An ode to David Bowie’, was posted on social media with press invited to watch the event live. Subsequently, according to Google Trends, Corum saw a peak of interest around the Bubble on March 23rd, when search traffic was the highest since the launch. 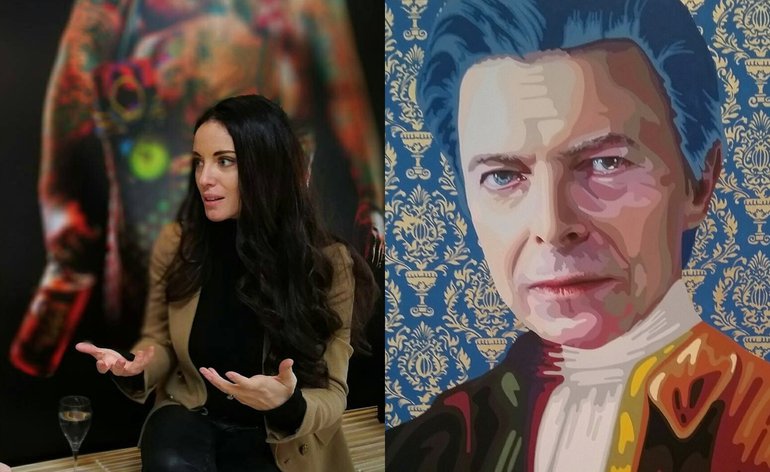 Canadian artist and Corum collaborator, Elisabetta Fantone, and her ‘Ode to David Bowie’ which she created live from the Corum stand at Baselworld.

This year Swiss watchmaker Jaquet Droz is paying tribute to the ‘craftsmanship of its craftsmen’ – those who excel in the art of miniature painting, enamelling and engraved ornamentation. As in previous years, the brand installed artists live on the stand, and this year the white-coated craftsmen and women demonstrated the painstaking task of hand-painting miniatures. Steady hands and a patient demeanor are essential, and show-goers were able to see the dedication and precision that goes into one of Jaquet Droz’s unique creations.

The brand encouraged Baselworld visitors to visit the stand through targeted facebook posts, and hoped to further bring the art of craftsmanship to life with their Loving Butterfly Automaton video. 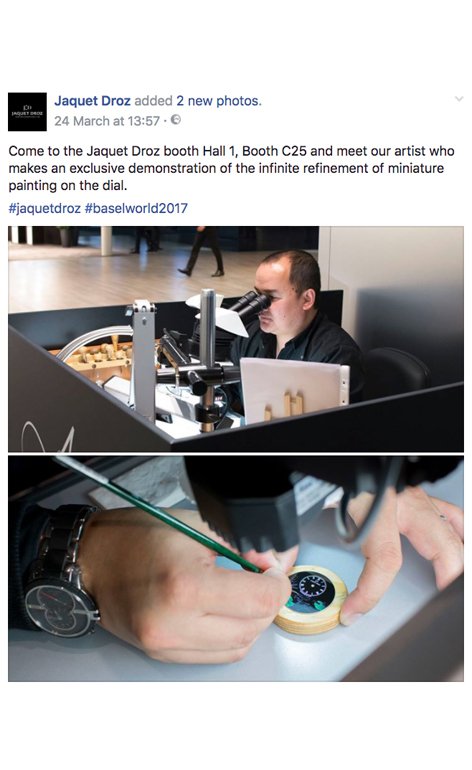 The combination of vintage and modern design or technology is nothing new in the luxury industry. This year the likes of Patek Philippe, who celebrated 40 years of the Aquanaut, Zenith, with the El Primero 21, and TAG Heuer, who brought back fan favourite the Autavia, were just some of a handful of brands utilizing the past to shape their new releases. 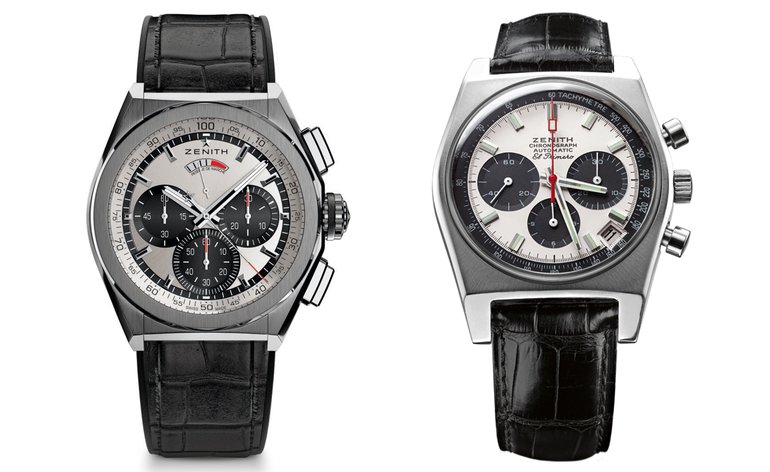 A side by side look at the new Zenith El Primero 21 and the Original El Primero from the 1960s.

For Luxury Swiss Manufacturer Zenith the biggest news of Baselworld was the launch of their new Defy El Primero 21; a contemporary twist on an original classic. The watch mixes modernity and heritage, taking inspiration from the 1960s ‘Defi’ model and updating it with an impressive 100th of a second precision.

The brand further cemented the duality of vintage and modern with their continued partnership with taxi hailing app Uber. The partnership meant visitors of Baselworld and Basel-locals were notified upon opening of their Uber app that they could request a free ride in an exclusive classic car, courtesy of Zenith. Combining vintage design and modern technology, the Uber Zenith partnership offered classic cars such as a Bentley S1 BN-587-BX, Citroen Traction Limousine 854 NH and a Citroen Traction CD – 622 – HD, on demand through the app. 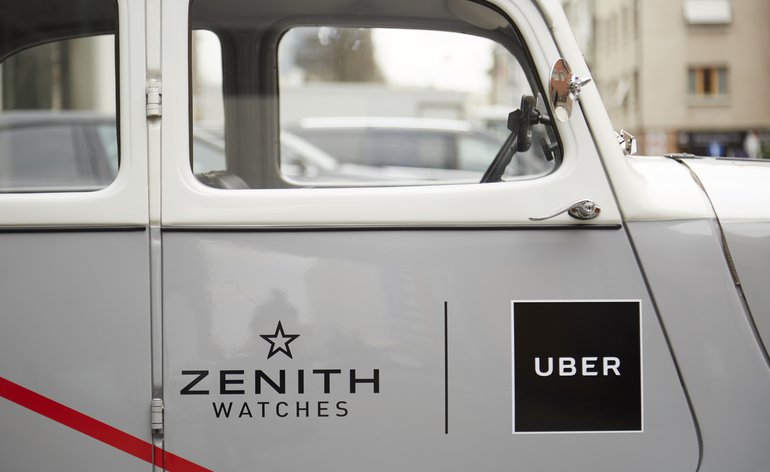 Rolex teased fans the day before Baselworld with a video simply stating ‘Unveiling March 22nd.’ Over 215k people viewed the announcement on Instagram; a simple video showing the new Oyster Perpetual Sea-Dweller, the first of Rolex’s professional watches to feature the new calibre 3235, said to be at the forefront of watch technology. Rolex kept a clear focus on their Baselworld novelties, with three simple and clean Instagram posts dedicated to each annoucement. 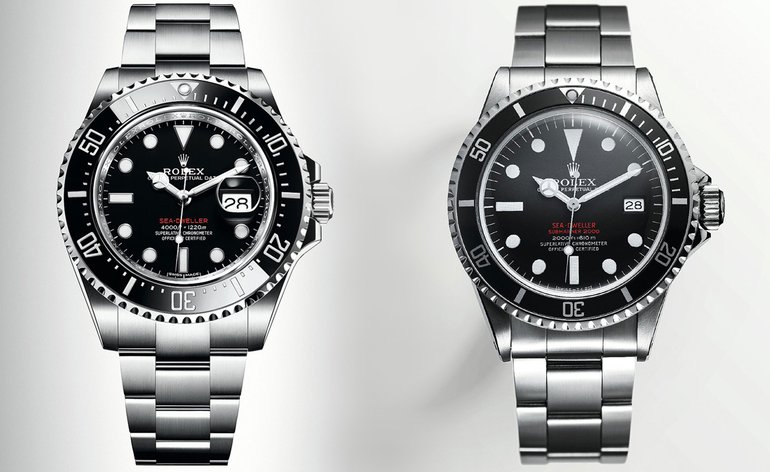 A side by side look at the Sea-Dweller from Rolex. The original watch (right) was released in 1967 for professional divers. 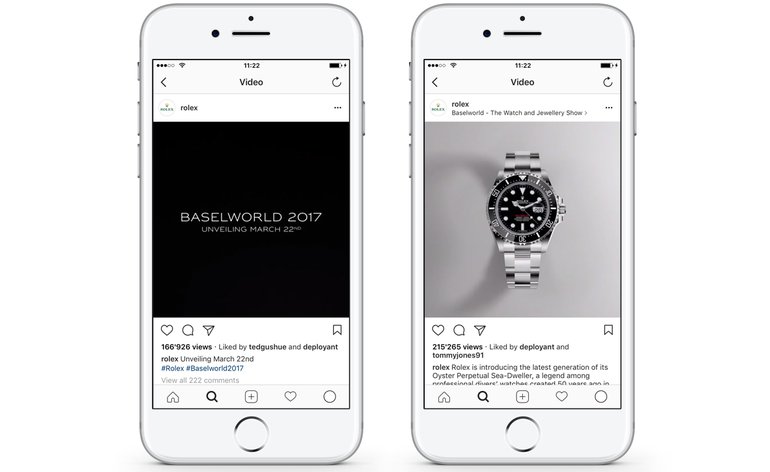 To celebrate the 60th anniversary of the Speedmaster, Seamaster 300 and Railmaster, Omega reissued all three of the watches. Omega went to great lengths to keep the overall theme of the 1957 releases. Using digital scanning and imaging technology for the first time, along with designs and original drawings of each model, Omega managed to create an accurate nod to the original models, while keeping a modern execution. 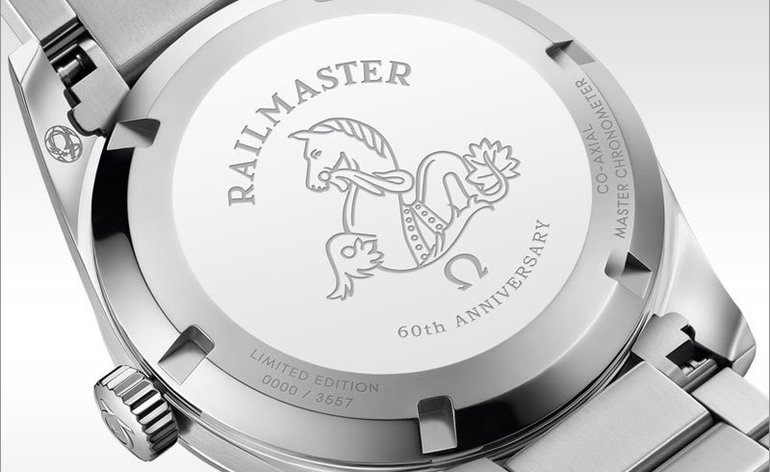 The 60th anniversary edition of the Omega Railmaster, released at Baselworld.

Trend 3. Digital Captivation
For an industry sometimes most known for its mature and professional nature, luxury watch brands who bring some fun and interactivity are always popular within the walls of Baselworld. From the captivating kinetic art at MB&F M.A.D Gallery, to the screams of excitement  from Samsung’s Virtual Reality simulator, plenty of digital interaction was found at Baselworld.

Hublot may have had a lot of eyes on their Ferrari parked on the booth, but it was their interactive displays that had people engaging with their watches. A simple wave of the hand changed the watch on display, (a real watch, which was a pleasant surprise given the digital screen element). Holding one’s hand over a part of the interactive screen would change the display screen to show more detail about the watch in question. 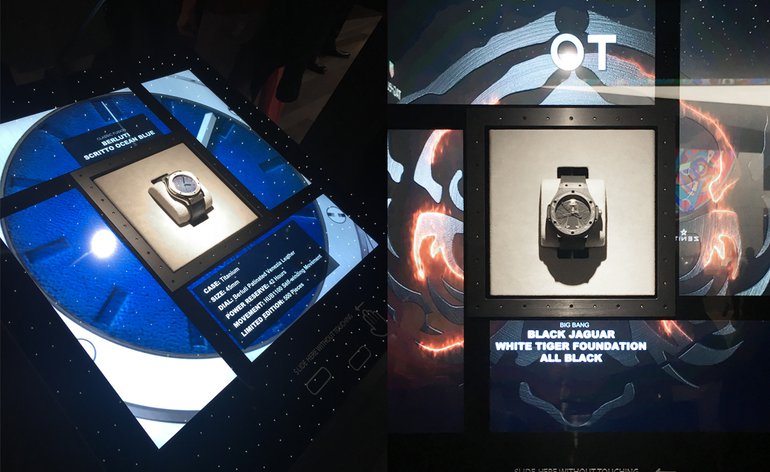 Many of the top watch brands also debuted smart and ‘Hybrid’ timepieces, but it was hard to miss Samsung’s stand at Baselworld, owing to the screams of laughter coming from their Samsung Galaxy Gear virtual reality theatre with 4D. Samsung’s presence at Baselworld demonstrated the ever increasing connection between technology and watchmaking.
Rebellion Timepieces, who were situated in the newly named Les Ateliers (an area dedicated to independent watchmakers)  installed a robot on their Baselworld display. The robot captured the attention of the Baselworld crowds, demonstrating the brands ‘no compromise’ promise by meticulously testing  and checking watch pieces. 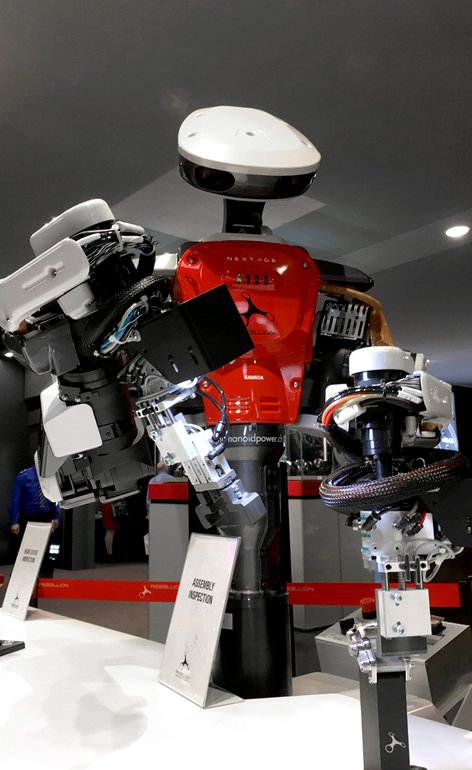 Watch industry press are no stranger to the power of social media, with the likes of Hodinkee and Watch Anish filling their Instagram feeds and blogs with live features and wrist shots throughout the week of Baselworld. A Blog To Watch, the largest watch magazine internationally in terms of traffic,  kept fans up to date with video content uploaded quickly at the end of each day. The videos took fans on a digital ‘tour’ as they visited the many booths of Baselworld.  Additionally the publication made a nice use of the ‘swipe’ function on Instagram to reveal their top 10 watches from the show. 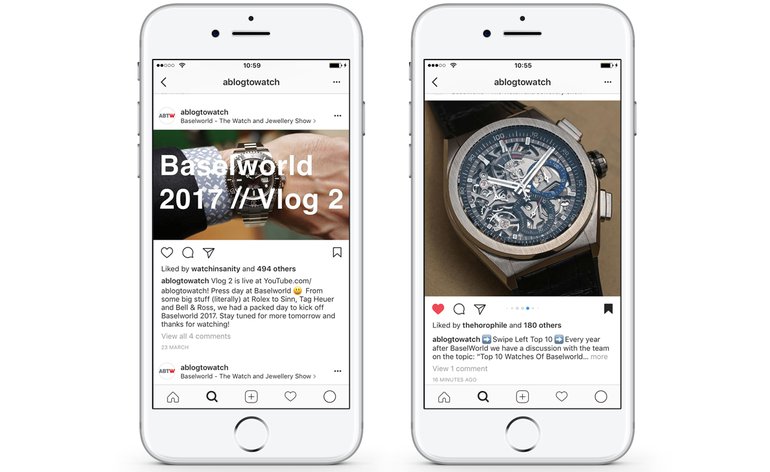